The last year’s edition of MONETY EXPO WARSAW and FILA EXPO WARSAW confirmed that this is the largest event of this kind in Poland and in the Eastern European Countries. The next edition of the event has just been announced to take place on 12-13 September, in ExpoXXI in Warsaw, Poland. The fairs are organized by the company Polskie Biuro Numizmatyczne.

The fairs organised in September 2013 gathered collectors and exhibitors from all over the world, giving them a possibility to buy, sell, evaluate, exchange unique collectible pieces, from coins to stamps, from banknotes to historical bond and property certificates. During two-days event, all participants had a possibility to enjoy number of attractions.

In the context of FILA EXPO WARSAW visitors were whiffed with a sensational Philatelic exhibition and concurs, for the first time in Poland after more than 10 years since its last edition. Organized by the Polish Union of Philatelists – Club PZF VARSAVIANA – under the patronage of its President, Mr. Henryk Monkos, the best Polish exhibits, including exhibits in class of honor, prized with gold medals during international exhibitions of FIP. So there were presented letters from XIX century, hence before the stamp period; a collection of very rare stamps and letters from prisoners of war cages Woldenberg and Gross-Born, where polish officers were kept in prison during the Second World War; and again, royal letters with signatures and seals of Polish Kings John III Sobieski and Stanislaw August Poniatowski.

Sustaining a successfully philatelic fair was attended the Post of Denmark and Faroe Islands who presented the visitors with the launch of the new stamp dedicated to the famous Hans Christian Andersen’s fairytale “The Little Match Girl.” It should be noted that both Posts launch new issues very rarely (only 4 times per year). Making the delight of philatelist’s collectors were present Poczta Polska. Their prominence place and sober but careful decor revealed them as the uncontestable star for the first edition of FILA EXPO WARSAW. As a novelty of the last edition of the fairs was also the organization, by the prestigious Polish company Bereska Numizmatyka, of an auction of coins, banknotes, stamps, medals, letters and postcards.

Among the 60 exhibitors from all around the world the focus was put on the presence of the Mint of San Marino, with an absolutely captivating and enticing offer to which visitors were completely surrendered. For the first time in its history the San Marino Mint launched a commemorative 2 EURO coin during a fair. Limited to 1000 units, the coin awoke a huge interest and a real lust among collectors, which could have even gained a profit buying and selling the coin inside the fair. Packed in a special presentation folder dedicated to MONETY EXPO WARSAW this coin was the heyday for numismatic collectors.

Every dealer and collector should take the chance to attend the next edition of MONETY EXPO WARSAW and FILA EXPO WARSAW, to be held on 12 and 13  September 2014, in the Hala 3 of the famous fairground ExpoXXI in Warsaw: a fair plain of business, novelties, surprises, exchanging of ideas and especially all passion for this hobby.

You are cordially invited to experience the fascinating world of numismatics and philately, now in Poland, the gate to the East! 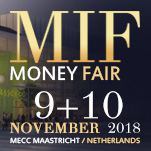